Restoration work has been completed in riparian, wetland, and stream bank areas

Project is in progress

Private landowners with cost-sharing and deed restrictions for plowing and planting; restored areas are actively managed by the Brown County Land Conservation Committee, including a 15-year operation and maintenance agreement with each landowner

To establish riparian buffers and restore wetland areas along intermittent streams in the Suamico watershed in areas primarily used for agriculture but with high potential for providing northern pike (Esox lucius) spawning and rearing habitats.

Wetland and spawning habitats in the Suamico and Little Suamico watersheds are degraded due to farming and development, leading to reduced hydrological functioning and degraded spawning habitat for top predator fish species such as northern pike. To restore ecological function and increase populations of northern pike and other spawning fish species, the project partners have and will continue to create vegetated buffers along roads and streams by working with willing private landowners. Similar restoration projects in the area, completed with other funding, have been very successful in supporting spawning pike populations. The buffers provide habitat for spawning fish, improve fish survival rates by moderating streamflow, and help reduce sediment and nutrient loads reaching the stream systems and Green Bay. Wisconsin Department of Natural Resources managers have assessed the available land near Suamico and identified target areas and optimum habitat improvement locations. Covenant language recorded with thedeed restrict development of the restored area and specifies a 15-year operation and maintenance agreement to maintain the riparian buffers. As part of this project, Brown County will monitor the restored areas for pike young for four seasons. 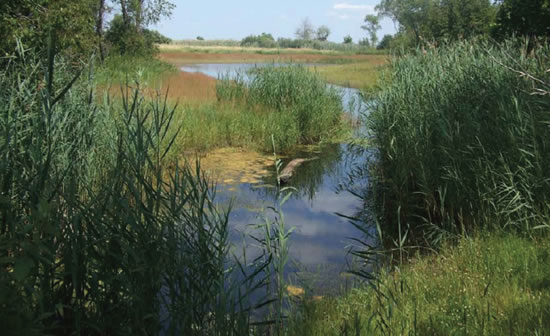 As of October 2010, 17 miles of stream corridor have been restored, together with 92 acres of wetlands/ spawning marshes, riparian buffers, and buffer plantings; a d d i t i o n a l buffer projects are planned. To date, NRDA settlement funds have accounted for restoration of 73.6 acres (80% of total), other funds account for restoration of 18.5 acres.

Restoration activities are currently ongoing and include wetland/marsh restoration and creation of buffer strips. The project received $622,000 in NRDA settlement funding and attracted additional matching funds and/or in-kind services for a total budget of $689,293.

This project has successfully restored stream corridor, wetland, and riparian habitat. Restriction agreements made with willing landowners have allowed the creation of buffer strips that reduce sediment, nutrient, and pesticide loading into waterways. Similar restoration activities in the past have improved northern pike reproduction and water quality. 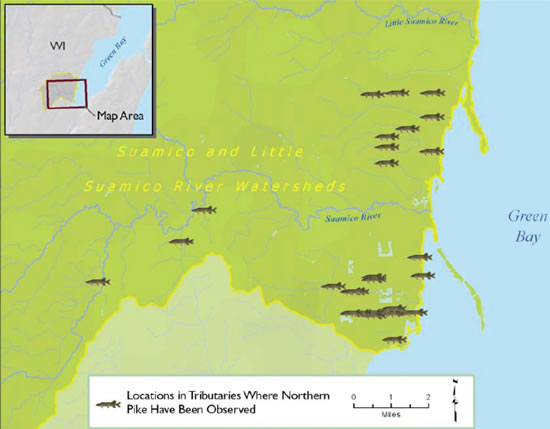